The OVC team and one other student from RIT were nominated for the Student Achievement award. 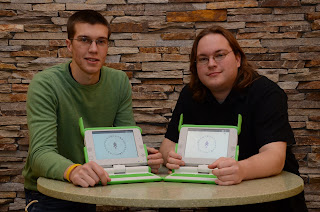 Taylor Rose and Justin Lewis
Image by Kenneth Pamatat.
It appears that we were nominated by someone who had seen us showing off Open Video Chat at RIT's Imagine Festival last year where we had a booth set up in the center of the Innovation Center. I personally never herd of this award group and was not expecting to be nominated by a random spectator, I really appreciate it.

Since the nomination, I have been interviewed by RIT University News and just today we made it onto the Homepage of RIT's Computer Science Department. 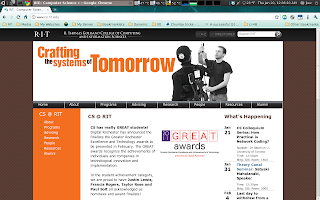 I am late here to wish you best of luck as you have already won it..
open source development